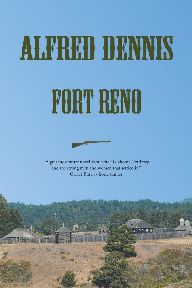 American West, Eighteen seventy-four, the new cavalry post of Fort Reno is established deep in Oklahoma Territory called The Nations. The fort location is across the Canadian River from the Darlington Indian Agency. The Sixth Cavalry’s post is at the new fort to keep watch over the recent hostile Northern Cheyenne and Arapaho tribes. The Native American tribes come to the Agency from their homelands in the far north.

Two ranching families hear of the vast grasslands the tribes are willing to lease. They find out there is a market for their horses and mules as remounts and pack animals for the Cavalry so they decide to move their great herds to the new territory. Both owners are honest ranchers and both have young sons raised on the bloody killing grounds of Texas and Kansas. Clay Kincaid and Munday Guthrie are proud and strong, both are good with the weapons they carry, and neither will back down from a fight. However, they both have eyes for the beautiful, Lana Barber, the sister of the Baptist Minister sent to help civilize the tribes. Action, romance, and adventure follow the two great ranching families as they settle on the great Canadian River.

Theme by Anders Noren — Up ↑